This November the Monad crew packed our sunblock, our shorts and our Raspberry Pis, heading south to Las Palmas de Gran Canaria for a work week together. We stayed in a large house called The Roof, so named since as you can see there is a lot of roof to hang out on. We had the possibility to work in a co-working space not far away from out accommodation. We tried working there on Monday. While it is a good place to meet other remote tech workers in Las Palmas, the Roof was just too comfortable, with tables and sofas enough for all, as well as good wifi. So The Roof became our office and we fell into a routine. Rising in time to join our morning meetings in Finland, which were two hours ahead, we would settle into various cozy spots around the house to code.  The kitchen was well provisioned with mangos, coffee, sandwiches and other good stuff. Many of us managed to get a good amount of work done during the day, before heading out on the town. 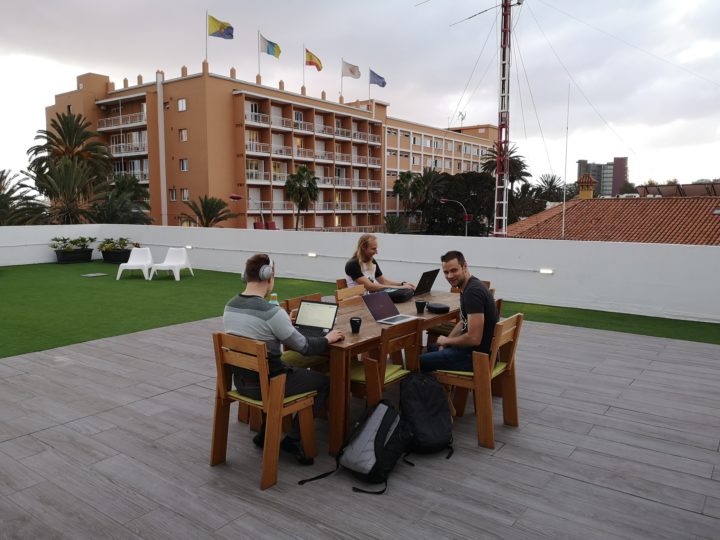 But we did much more than code, we cycled, wandered the city, surfed, ran trails, hit the gym, played padel, exploring Playa de Las Canteras, and especially ate. On our first evening, Monad splurged on a dinner at Restaurante La Marinera which offered extravagent amounts of fish. During the week some guys also missed our usual lunch at Nanda Devi in Tampere and so found a surrogate Indian restaurant nearby. 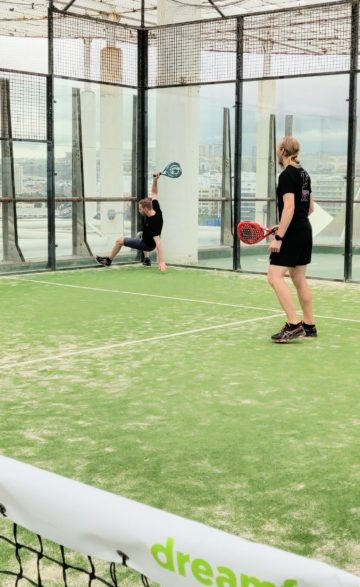 Thursday is Tapas day in the old town. Small bars and restaurants offer a variety of unique and inexpensive deliciosas tapas at good prices. Nothing to do but line up with the locals and dig in to some of the surprising combinations of ingredients. 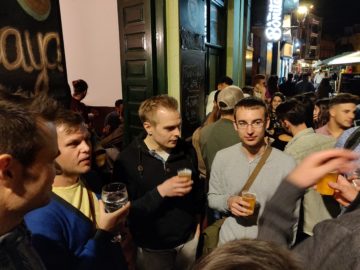 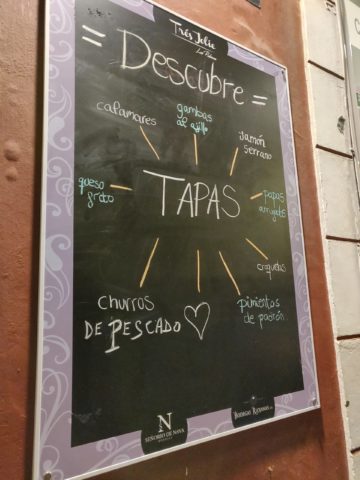 Friday was both the culinary and Finnish sports high point of the trip. First, we watched the Finnish football team make history by qualifying for the European Championships. Then our own in-house gourmet Jussi grilled fresh fish and we sat down to a homemade feast at The Roof. 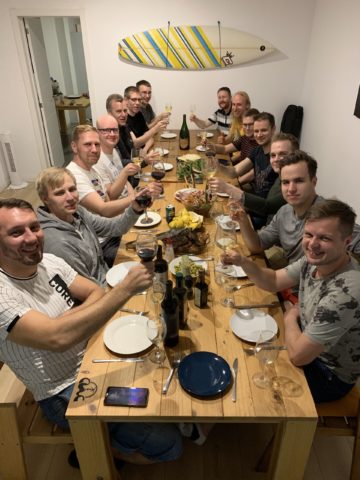 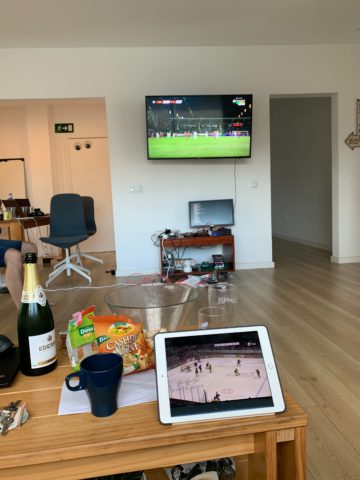 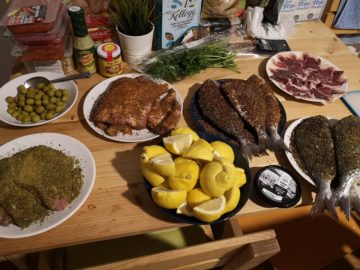 From Saturday we put our computers away and spent the day outside, with one group hitting the road on their mountain bikes and the other group checking out the mountains in the center of the islands, where the temperatures were decidedly cooler–every piece of warm clothing we had along was needed–but the scenery was awesome. 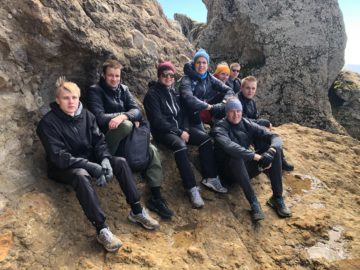 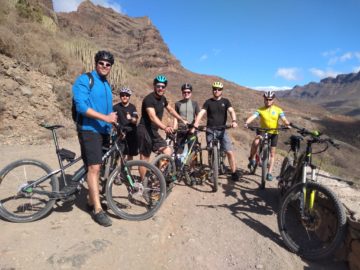 We still had full day on Sunday since our flight home did not leave until late. We headed south to the more touristy beach resort of Maspalomas, where we soaked in all the sun we could and had our last Spanish food and ice cream before catching our flight home. All-in-all in was an unforgettable week, and it the discussions on the way home there was speculation about where the next work week would be…Special thanks to Mikke for all the arrangements and making sure we had a great time. 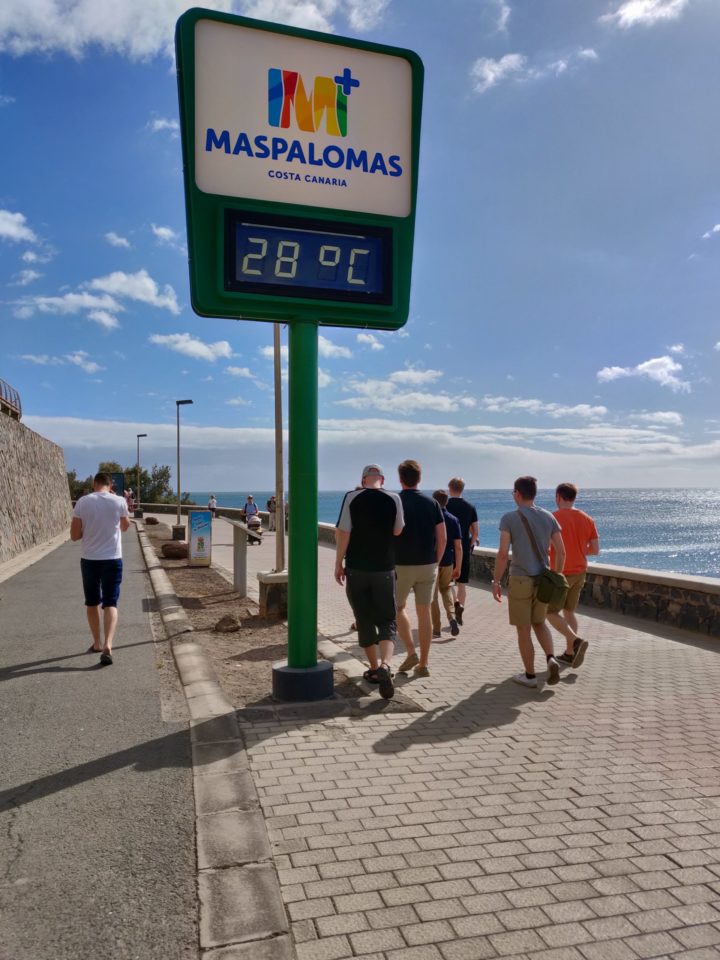 Working at Monad includes opportunities for work retreats in interesting places, good pay, and the possibility to work with other top software engineers. 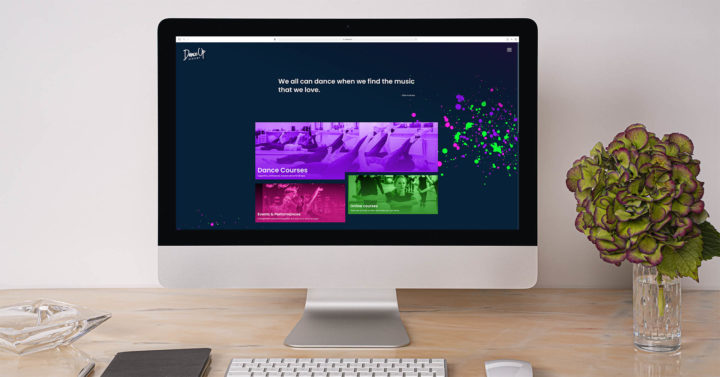 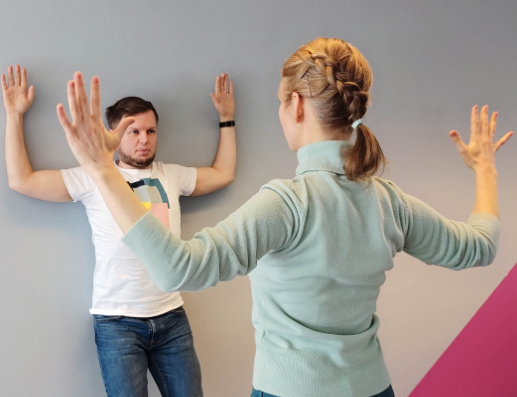